Our Journey to Make Connected Health as Appealing as Your Smartphone 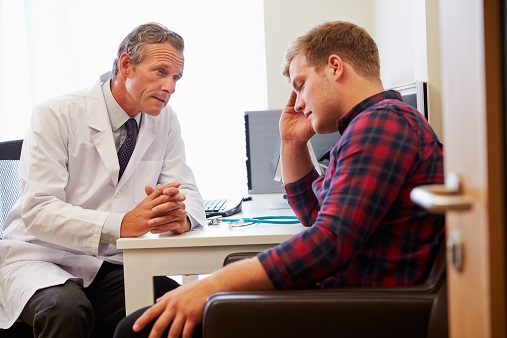 My children got me hooked on a smartphone app called Time Hop.  It mines your social media posts and pictures and serves them up as a daily history, showing what you were doing one year ago, two years ago, etc.  I find it loads of fun.  Recently several of my tweets resurfaced from seven years ago.  They all report my weight for the day and some included my step count.  Seeing those tweets gave me a real appreciation for how far we’ve come in understanding how to engage consumers with connected health — and realize how far we still have to go.
First, let me explain the bizarre tweets.  Time hop with me back 7-8 years.  The Fitbit was a new device to track steps, but the first generation synched to your computer via a USB cable.  The idea of wireless, effortless data transfer from wearables was still in its infancy. (Also, note I said ‘synch to a computer.’  Can you imagine a tool like that being released today that did not synch directly to a mobile device?  But I digress….)

In addition, a company called Withings came out with a WiFi scale. We all know of their successes now, but this was cutting edge at the time.  I was fascinated by a device that, with a small amount of set up, could automatically send your weight to the cloud and make it available for you to view.  At the time, we were still using phone modem technology to upload vital signs in our Connect remote monitoring programs, so this seemed like a real breakthrough to me.  (weight is the main variable in our home monitoring program for congestive heart failure patients).  I saw many applications for these new tools.
But, our understanding of how to use the basic tools of mobile technology to engage our patients was at an even earlier stage.  The Withings scale and the Fitbit were early examples of how technology can provide feedback loops of important data.  They raise awareness; they help us set goals; and they help us measure progress.

I confess, I’m a quantitative person and am motivated to stay healthy.  I was so enthralled by these new technologies and how easy they made the feedback loop, I figured we just needed to get them into people’s hands and we’d have a healthier population.  I was excited enough to write my first book, Wellocracy: Move to a Great Body, with my friend and coauthor Carol Colman.  Some of you may know of our website, Wellocracy.com, but I’m guessing very few know about the book.  Both endeavors were set up to educate the world about the value of self-tracking.  Neither caught on as we’d hoped.  The book, which we published as an ebook only, sold a couple of dozen copies and though the website gained some early traction, it never became self-sustaining.  Of course, not everyone is quantitative and, more importantly, not everyone is intrinsically motivated to stay healthy.  These are important lessons learned.

But back to tweeting my weight.  At the same time wearables were emerging, we had a notion that if feedback loops were accompanied by some sort of motivational companion, they would be much more powerful.  Patients from our blood pressure home monitoring initiative reported that the program was extra work for them; those who stuck with it told us they did not want to disappoint their nurse or the doctor.  Similarly, those who dropped out of the program said it was because they were embarrassed about their lack of adherence to care plan and did not want their physician to know.  We later branded this phenomenon the ‘sentinel effect.’

At the time, I did not appreciate that this psychology had to do with exposing an authority figure to the same feedback loop you were exposed to — and thought it might extend to social networks.
The Withings scale was integrated with Facebook and Twitter, so I decided to try an experiment, tweeting my weight to see if my Twitter followers would spontaneously motivate me around this variable.  Apart from getting a few chuckles and having people mention this at the time when being introduced as a speaker, nothing happened.  One or two followers cheered me on, but most just congratulated me on not gaining weight.  Looking back, there are so many reasons we could have predicted this would fail:  Twitter is more broadcast than truly social media.  I never tried Facebook, but I don’t think it would have mattered.  I did not set it up with a message saying, “I am tweeting my weight and want to lose 3-5 lbs, so please help me.”  Thus, people had no context.  And there was no sentinel effect.  I wasn’t particularly embarrassed by my weight and did not particularly care if my Twitter followers saw it.

Fast forward to today.  At Partners Connected Health, we now spend most of our time and energy understanding and building software that is engaging and inspiring for our patients, and intuitive for them to use.  In fact, we have a whole team of ethnographers, designers, sociologists, and psychologists that works very closely with target patient populations.  And yes, everything is mobile.  We still use feedback loops a lot, but we appreciate that their value alone is short-lived (the ‘new toy’ phenomenon) and they are relatively weak motivational tools.
We have a couple of different frameworks for designing engaging tools.  One, which we published in The Internet of Healthy Things and a series of blog posts in 2015/16 has three strategies (Make it About Life; Make It Personal and Reinforce Social Connections) and three tactics (Employ Subliminal Messaging; Use Unpredictable Rewards and The Sentinel Effect).  A newer framework promulgated by our design team seeks to build software that is motivational, empathic, gains users trust and elicits an emotional response.
Today, we’re also rebuilding the guts of Wellocracy to make it much more interactive and engaging and less about educating people.

What is on the horizon? We still struggle to engage people who are unmotivated.  There is always a group in every intervention that does not engage.  Keep in mind, those folks typically generate the most healthcare costs, so if we’re going to deliver on the promise of connected health, we must convert them.  We still haven’t figured out how to make healthcare as exciting as Instagram or Snap Chat.
It is clear that we’ve gone from being focused on feedback loops with a poor understanding of motivation to being focused on designing tools that are engaging and inspiring.
We’ve started the journey to deliver that sort of inspiration using artificial intelligence.  Our goal is to create interventions that are so customized and inspiring that even the unmotivated will get on board.
Maybe my Time Hop will jog my memory again in seven years and I’ll report on our learnings in that time frame.

Lessons Learned on Data Integrity in the Fight Against Covid
March 26, 2020

Telehealth is a Critical Part of the Covid-19 Solution
March 3, 2020
Privacy is now an emergency in digital health
February 27, 2020